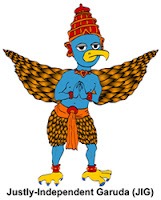 An Indian Roller exclusive by JIG

In a sternly-worded fatwa issued in Mecca earlier this week, seven Wahhabi Imams affiliated with the House of Saud excommunicated the Islamic State of Iraq and Levant (ISIL) operative known to the rest of the world as "Jihadi John". In recent months, the operative, Jihadi John, has been captured on video decapitating media correspondents and aid workers of American and British origins.

The fatwa, issued by the top echelon of Riyali Mullahs, claims that Jihadi John is an apostate because he has misconstrued the word, "beheading", owing to a spelling error in the prophet Muhammad's original teachings, the Hadith. According to the Hadith, the captors of infidels should engage in a proselytizing procedure, termed, "behealing." The Mullahs argue that Jihadi John should be converting their prisoners to Islam, forcibly or otherwise, for the "behealing", and not beheading them.

The spokesman for the House of Saud, the ruling royal family of Saudi Arabia, has refused to comment on the fatwa. Mohammed ibn Tuglaq, a faculty member in the Department of Arabic Studies at the University of Riyadh, said that the royal family rarely "disagrees publicly with Riyali Mullahs" and is likely to support the fatwa." It also shows that Jihadi John does not understand the key nuances in Arabic words," said Tuglaq.

Wahhabism, an ultraconservative strain of Islam, originated in Saudi Arabia in the eighteenth century and continues to receive patronage from the ruling royal family of Saudi Arabia.
Posted by Indian Roller at 2:20 PM No comments: 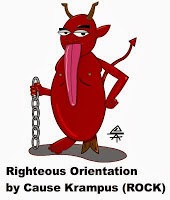 A report released by the Malaysian military press office claims that a secret society, headquartered in the state of Malacca, holds the key to the search parameters of the missing Malaysian Airways Boeing 777 airliner on Flight MH370. This skull-and-dagger society, Place Responsibility and Accountability on Yahweh (PRAY), holds among its members, prominent members of the heads of states, including the President of the United States of America. The youth wing of the society, Place Responsibility and Accountability on Yahweh by Exhorting the Rabble, is known by its popular acronym, PRAYER.

“Every head of state has a lifetime membership to PRAY,” said a press corps officer of the Malaysian Military, choosing to remain anonymous, “and due to their lifetime membership, they are allowed to call upon PRAYER any time that they feel there is a natural or national disaster.” The officer added that this is the reason why most heads of states, when faced with no immediate solution to a catastrophe, always respond by invoking “hope and PRAYER” for those affected. This patent response automatically triggers the shifting of accountability for disasters to Yahweh, aka God.

But why put the accountability and responsibility on the Jewish God, Yahweh? Moshe Feldman of the Southern Tel Aviv Institute for Rabbinical Studies (STAIRS) argues that in the Judeo-Christian tradition, “Yahweh is the God of the Genesis...the proto-God.” Feldman argues that considering the Yahweh accountable for all worldly disasters is “not necessarily anti-semitic but an acknowledgement of the unequivocal power of the Jewish God."

Not everyone is convinced that PRAY or its sister unit, PRAYER, have had any effect on the history of disasters and catastrophes -- both natural or man-made. “I find it very strange that people, including the leaders of many countries, encourage each other to pray to the same omnipotent and omniscient sky-god figure that did nothing to prevent this accident or misadventure in the first place,” said Raphael Enode, a self-confessed skeptic referring to the MH 370 disappearance, “and a sky god that enacts events of such catastrophic proportions just to compel his hapless subjects to pray to him must be a sadistic psychopath and a megalomaniac.”
Posted by Indian Roller at 1:58 AM No comments:

Conservative Jews and Muslims Unite Against Canines in the Middle East

An Indian Roller Exclusive by JIG

In a move that has surprised religious scholars worldwide, a prominent conservative Jewish organization, Moses' Only Jewish Offspring (MOJO), have joined hands with a hardline Muslim organization to ensure that the Middle East is free of dogs. Azhar bin Mehrab, a spokesman for the Saudi-based organization, Mujahedins Under Muhammad (MUM), confirmed that MUM had "preliminary discussions" on how to unite with the Jews who believe that the Middle-East should be rid of dogs.

"Dogs are dirty animals," said bin Mehrab. "Their saliva is full of bacteria, they sniff other dog's anuses and carry rabies, and our God does not like them. You can find it in our hadiths that dogs annoyed our Prophet, praise be upon him,  and they are a nuisance to this day." According to bin Mehrab, MUM was happy to collaborate with MOJO to "remove" all dogs from the Middle East.

Noah Weinstein, public relations director of MOJO, affirmed that the dogs are considered impure animals in the Jewish tradition. "We have the support of the rabbinical court to unite with the Muslims on the matter of dogs," said Weinstein. He added that MOJO was planning on a three-day conference on the topic of dog eradication in collaboration with MUM. "We are extending an invitation to Benjamin Netanyahu to be our keynote speaker," said Weinstein. "Bibi is a stalwart of conservative Jews like us."

This move towards unity against dogs has caught many religious scholars off guard. Erdal Tarek, head of the Theology department at Istanbul Congressional University (ICU), noted that such religious alliances between conservative Jewish and Muslim groups is "rare".

"This unity among the Jews and Muslims will rid us of the dog days of religious intolerance,"said Tarek.
Posted by Indian Roller at 9:44 PM No comments:

(To enlarge, click image)
Posted by Indian Roller at 10:22 PM No comments: